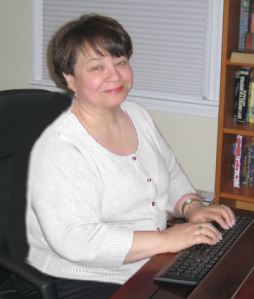 Ms. Miguelina Perez is a writer and jewelry artist. She earned her Bachelor of Arts degree in English from the University of the District of Columbia. As a jewelry artist, one of her lariats was showcased in the San Antonio Express-News. She has won several awards including a critical Writing award for an essay on the gender roles of Mark Twain’s Huckleberry Finn and Louisa May Alcott’s Little Women.

Growing up she spent much of her free time either reading or watching television while her siblings played outside. She first developed a love for movies of the 1940s. Movies with Bette Davis, Dana Andrews, Gene Tierney, Joseph Cotton, and Humphrey Bogart to name a few. She loved musicals, film noir, horror and science fiction.

A love for writing allowed Ms. Perez to fondly pen a critical analysis writeup of these movies.

You can reach Ms. Perez via twitter at: @MPerezAuthor.